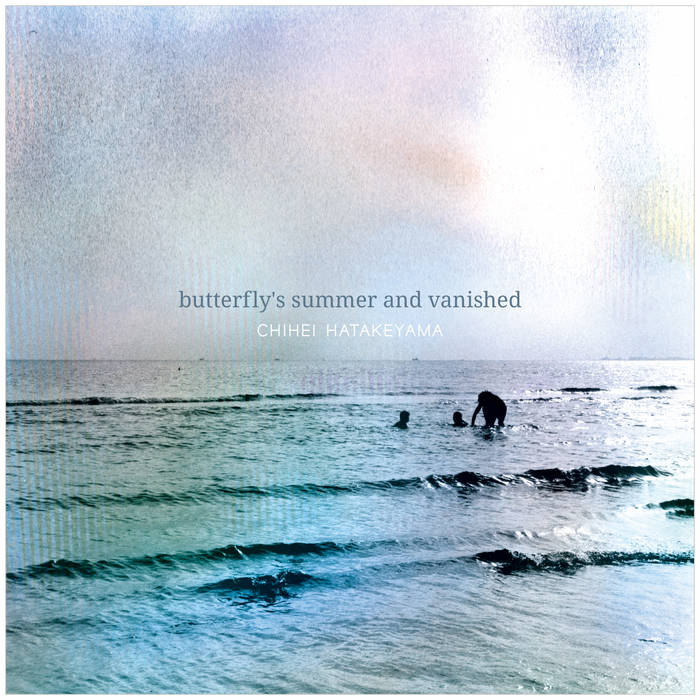 Following Chihei Hatakeyama's "The Bull Head Emperor", "Alone By The Sea", "Requiem For Black Night And Earth Spiders"
The fourth work of Japanese ancient history series.
Until now, he have taken up the theme of Beef Tenno, Supplementary Watariwa, and Tsuchidora,
but this work is the theme of head of 7th century on Japan.

In 608 AD, as a messenger of the Chinese emperor "Hai Sei Sei" came to Japan.
So what he saw was the Chinese colony "Shin Kingdom" and the Japanese male king "Ametharashikiko".
But according to the official Japanese history book, that era is the age of Emperor Suiko, the king of a woman.
Hatakeyama was fascinated by this mystery and crated his work "Butterfly's Summer And Vanished".

It is probably that "Hai Sei Sei" passed through the Korean Peninsula and was a trip on the route of Tsushima, Kanmon Strait, Seto Inland Sea and Yamato .
Hatakeyama made up this album along the time axis of his journey.
The melody of the electric guitar reflects the perspective of "Hai Sei Sei", expressing his emotions such as adventure, anxiety, romanticism.
In recent works, he often made analog synths mainly, but in this work I returned to the electric guitar drones.
Eyes gazing at the ancient times, boats and going people over the ocean, rough waves, fantasies, etc. are magnificently expressed by electric guitars.


edited and mixed during January to March 2018
all music written, mixed and mastered by Chihei Hatakeyama