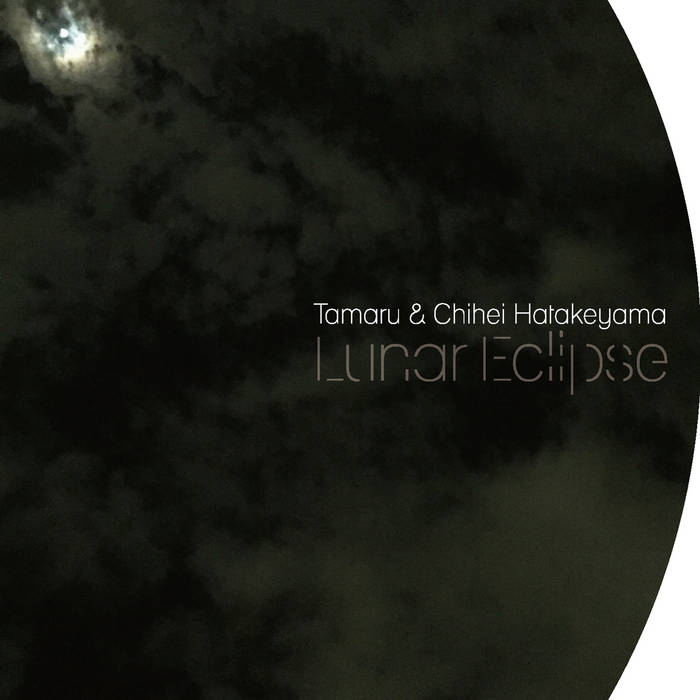 Inspired by temporal change of harmonic overtone and light frequency,
“Lunar Eclipse“ is the first collaborative recording between Tamaru and Hatakeyama.
Sourced from an electric bass (Tamaru) and an electric guitar (Chihei Hatakeyama) .
this album recorded on February 2016 in Enban (Kouenji).
These three songs are work that beautifully depicts the scene of the Earth's shadows hanging on the moon.

Born in 1963. Around 1990, Tamaru started creating and performing sound construction works and improvisational expression. He released three CDs of electronic music on the Zero Gravity label. He also has his own independent labels, 1040 and 1050, which have so far released four CDs by him and other musicians. His live concert performances feature drone-oriented improvisation on bass guitar.

Chihei Hatakeyama Is A Sound Artist And Musician Living On The Outskirts Of Tokyo. He Has Performed For Years Under His Given Name And Also As One Half Of The Electroacoustic Duo Opitope, Along With Tomoyoshi Date. Hatakeyama Polychromes Memory-Evoking Soundscapes With Various Recorded Materials Of Electric, Acoustic Instruments Such As Electric Guitars, Vibraphone, And Piano. His Releases Is On Kranky, Room 40, Under The Spire, Hibernate Records, Magic Book Records, Home Nomal, OwnRecords And Spekk (As Opitope).

mixed and mastered by Chihei Hatakeyama